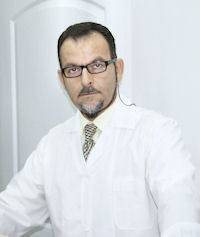 Diploma in Physiotherapy and Rehabilitation 's of locomotory system, University La Sapienza of Rome in 1986 by exercising the profession up todate.

• From April 1988 became a member of the Panhellenic Association of Physiotherapists. He attended a year at the neurological clinic 1 - Rome , having the opportunity to be specialized in the rehabilitation of neurological problems.

Former footballer and now aware of injuries in these field offers his medical services since 1988 at least twenty (20) sport Clubs (and not only to them) in his private studio of physiotherapy of 220 m², exercising physical therapy and reinforcement.

• Since 1995 as a graduated PT Cert MDT in Mechanical Diagnosis and Therapy of McKenzie International Institute.

• Since 2008 in possession of certificate of proficiency in the technical KTP (kinesiotape) of Japanese Dr. Kenzo Kase as Kinesio Taping Advance Trainer. 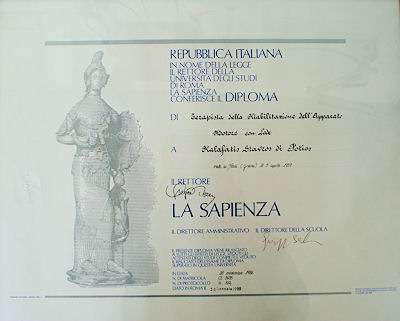 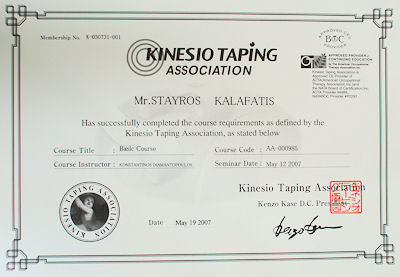 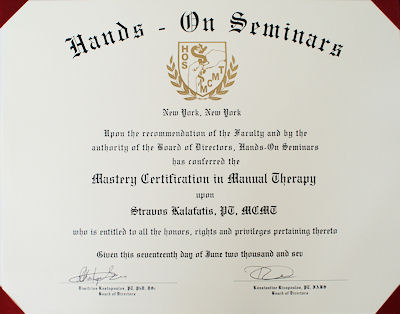 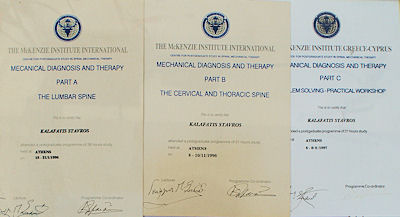 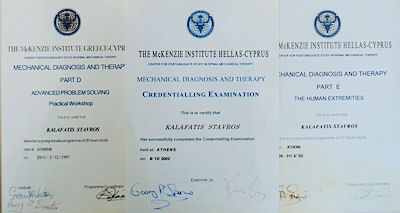 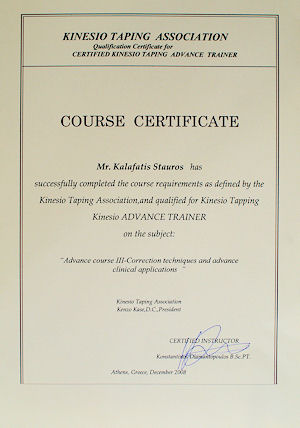